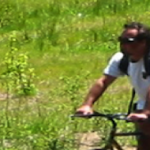 “These projects are key elements of the city’s vision to improve the health of the lake and the quality of the life of our community,” said South Lake Tahoe City Council member Angela Swanson, a member of the Conservancy board. “In today’s tough fiscal climate, our strong partnership with the Conservancy is more vital than ever to move these projects forward.”

The Bijou project is a collaborative interagency effort led by the city to collect and treat runoff from one of south Lake Tahoe’s most urbanized areas, a major source of pollutants that damage Lake Tahoe’s famed clarity. The project will capture and remove fine sediment and other pollutants in several pre-treatment vaults in the Bijou commercial area along Highway 50, and then pump the treated water to infiltration basins upstream. A new culvert system will also be constructed to replace the degraded pipes that now convey polluted runoff below the commercial center and Highway 50 directly to the lake.

The Conservancy’s $688,526 grant will pay for the city’s cost to acquire easements across private land and related expenses, and will supplement an earlier $1.6 million Conservancy planning grant. Other major contributors to the $12 million project are expected to include the City of South Lake Tahoe, Caltrans, the U.S. Forest Service, and local private property owners. Through an innovative financing plan, private property owners who contribute funding to the shared system will receive certificates for constructing Best Management Practices (BMPs) on their properties to control runoff, a regulatory requirement of all Tahoe landowners, without having to finance and build their own treatment facilities.

The South Tahoe Greenway is a four-mile bike trail in the center of the city that will link residential neighborhoods and the high-density casino core area to Lake Tahoe Community College, the newly opened Van Sickle bi-state park, and other popular destinations. The 10-foot wide paved trail also includes boardwalks in sensitive wetland areas and a new bike bridge over Trout Creek.

The Greenway roughly follows the route destined for a bypass freeway across the city in the 1970’s. The Conservancy acquired the land from Caltrans in 2000, and soon began a decade-long feasibility and planning effort to develop a shared use trail. Trail planners estimate that more than 3,500 people daily will enjoy the Greenway for bicycling, walking, running, and roller blading.

The Conservancy board today adopted the environmental documents necessary to seek funding to construct the $8 million project, and authorized staff to spend up to $50,000 to obtain permits, easements, and other approvals. Construction could begin on the initial phase in 2013.

View a flyover of the South Tahoe Greenway on YouTube