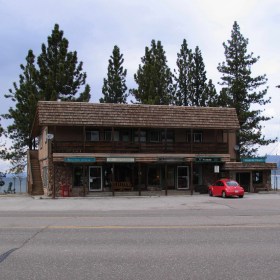 SOUTH LAKE TAHOE, California – March 15, 2012 – The Tahoe Conservancy Board today approved several major land transactions and policies today, including an option to acquire a key lakefront property along Highway 50, an exchange of several properties with the City of South Lake Tahoe, and a new set of guidelines to govern the sale of several surplus Conservancy lands.

Alta Mira Lakefront Acquisition
The Conservancy approved a $10,000 option to acquire a lakefront property adjacent to the recently renovated El Dorado Beach, south shore’s most prominent and heavily used public lakefront. The Conservancy will now have 18 months to work with the Tahoe Fund and other partners to raise $500,000 in private funding to supplement its own proposed investment in the $2.5 million purchase.

“This will be a signature achievement for South Lake Tahoe,” said Angela Swanson, who serves on both the City Council and the Conservancy Board. “Together with the Conservancy’s $6 million investment in El Dorado Beach and the City’s plans to renovate Harrison Avenue, we now have the potential to dramatically transform our most popular and spectacular lakefront area.”

Conservancy-City Exchange
The Conservancy agreed to transfer several small urban parcels to the City in return for City-owned land with significant potential for restoration. Under the proposal now headed to the City Council for approval, the Conservancy would receive 8 acres on the former site of the drive-in movie theatre along Glenwood Way and 24 acres adjacent to the Upper Truckee River west of Silverwood Circle.

The City will receive a total of 19 acres, including 5 small lots next to the former Tribune building off of Harrison Avenue, the formal Unocal gas station property along Highway 50, and several parcels already managed by the City adjacent to Regan Beach and the community ballfields near Lake Tahoe Community College.

“This is a tremendous opportunity for us to acquire lands we’ve coveted for restoration while transferring surplus and other lands that help the City meet its local recreation and redevelopment goals,” said Patrick Wright, the Conservancy’s Executive Director.

Potential Land Sales
The Conservancy announced its intent to consider the sale of several other surplus parcels in South Lake Tahoe to generate revenue for high priority Conservancy projects and programs. Under a new set of guidelines approved by the Board, these sales will be restricted to lands that are not necessary for Conservancy conservation or recreation projects. The parcels approved for pre-sale activities include:

“These parcels simply aren’t needed for ongoing restoration or recreation projects,” said Wright, “but their sale could generate significant revenue to support the Conservancy’s top priorities, including restoration of the Upper Truckee River and expansion of Tahoe’s bike trail network.”

The Tahoe Conservancy leads California’s efforts to restore and improve the extraordinary natural and recreational resources of the Lake Tahoe basin. Since its inception in 1985, the Conservancy has invested over $400 million in Tahoe conservation and recreation projects, and owns over 6,000 acres of neighborhood open space, lakefront parks and watershed lands.