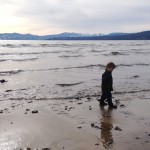 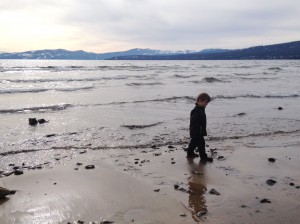 Starting in November of 2014, State Parks and the Conservancy will also be partnering on the management and operations of Kings Beach State Recreation Area (KBSRA), and nearby Conservancy-owned parkland, which has been managed by the North Tahoe Public Utility District (NTPUD since 1978). The Conservancy-owned parcels include Kings Beach Plaza, Coon Street, North Tahoe Beach, Moon Dunes Beach, Secline Beach, and Sandy Beach.

The Kings Beach SRA and the parking lot at the North Tahoe Events Center will remain open and available to the public, with State Parks exploring a Right of Entry Permit with North Tahoe Public Utilities District (NTPUD) to plow the parking lot during the winter months.

“This will be a seamless transition with no loss of services to the public, to visitors, or to the community,” said State Parks Director Major General Anthony L. Jackson, USMC (Ret.). “Our partnership with the Tahoe Conservancy will allow us to manage all state-owned parkland on Tahoe’s north shore with a shared vision and more efficient service.”

State Parks and the Conservancy will be hosting a community meeting this spring to gather public input on the transition and on potential improvements to KBSRA.

“This is a tremendous opportunity to work with the community on long-overdue improvements to KBSRA,” said Conservancy Director Patrick Wright. “We look forward to partnering with State Parks, Placer County, local businesses, and the public to make KBSRA the centerpiece of ongoing planning efforts to revitalize Kings Beach.”